Boutique firm Seattle Bank has chosen Finastra’s Fusion Phoenix to run its core banking, along with a host of other products powering analytics, digital banking and card payments. 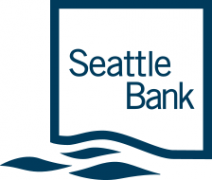 Seattle Bank operates a single branch in the city

The single-branch bank with $650 million in assets sees digital overhaul as table stakes now. The bank’s president and CEO, John Blizzard, says banks which are dependent on legacy core technology “are at a disadvantage because those solutions do not allow fast, economical innovation”.

Blizzard sees the firm’s partnership with Finastra as an opportunity to “take back control” of its technology. On the way out is Fiserv’s legacy core banking system, it is understood.

“Changing core banking systems is the hardest project a bank can undertake, hence less than 2% of banks in the US will typically switch cores in a given year,” says Blizzard.

Despite this, the CEO says the bank is ready for the challenge. With Finastra and Microsoft, the bank will now use a cloud open banking platform which gives it the freedom to develop its own solutions with easy integrations.

This week Finastra also launched its ‘Mortgagebot Data Insights’ product, which is part of Seattle Bank’s suite with the partner. The solution leverages big data and machine learning to highlight “new insights into consumer behaviour” which theoretically enables banks to provide “a better borrower experience”.