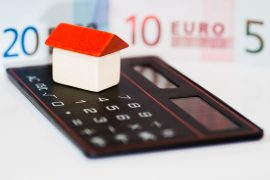 The five-year-old fintech deals with debts totted up by consumers, SMEs, invoices and mortgages

Existing European investors Lakestar, ABN AMRO Ventures and Earlybird will also be participating in the round.

The five-year-old fintech deals with debts totted up by consumers, SMEs, invoices and mortgages, as well as other debts from banks or alternative lenders.

“[The German fintech] is addressing several key opportunities: the ability for banks to mobilise balance sheet assets for regulatory capital optimisation, and connecting alternative originators and banks alike with new sources of capital in-market and crossborder, all of this seamlessly and profitably,” says Santander InnoVentures’ partner and head of Investments Manuel Silva Martínez.

Santander is also exploring cooperation alleys with CrossLend, as the bank envisions more institutions will join as equity investors over the next few months. The fintech has also confirmed it is in talks with other banks for further investments in a similar time frame.

The bank even thinks CrossLend has the opportunity “to become an industry standard”, looking beyond just Europe’s capital markets.

“The arteries of our financial system are clogged, leading to severe economic restrictions for companies and individuals in Europe,” says Schimek, who wants to “re-wire the debt market in the spirit of the European capital markets union”.