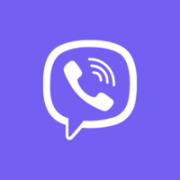 Viber customers will be able to pay via messaging

With Viber’s compliance partner Neopay, Wirecard will enable users to send money to each other via the one billion-user messaging app, with Libra Internet Bank acting as the local acquirer.

The peer-to-peer (P2P) transactions will be made with payment cards linked to the Moneytou service, initially launching in Hungary before being rolled out to all other Eastern European markets which offer a 25-million-strong customer base.

“For some time, users have used the app to share photos and videos,” says Wirecard’s regional managing director Utku Ogrendil. “The ability to also share funds was the next logical step and we are proud to be one of the launch partners for this new service.”

Focusing on the P2P space offers a huge market portion. More than $200 billion is expected to flow through P2P payment methods next year in the US alone, according to a report by eMarketer.

Funds will appear in a recipient’s balance “almost instantaneously”, customers can register multiple cards within the Viber app and all payments will be processed by Wirecard.

“Whether wanting to split a restaurant bill, collect money for a joint wedding gift or giving a child their pocket money, it can be done by just a few clicks,” says Ogrendil.

Libra Internet Bank’s CEO Emil Bituleanu thinks Moneytou “has the potential to be a winner in the entire region”.