Facebook-owned messenger service, WhatsApp, is reportedly in talks with Indonesian digital payment firms to develop its own mobile transaction service, according to a Reuters source.

Currently WhatsApp is waiting for regulatory approval in India for a similar service, so Indonesia would be the second city to introduce a payment element to the messaging. 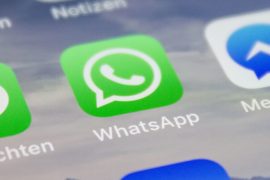 WhatsApp turns over an estimated $5 billion

But instead of offering direct peer-to-peer payment services like India’s offering, the Indonesian counterpart will see WhatsApp serve as a platform, using channels such as local digital wallets to support payments and overcome licensing regulations.

“As Mark has said earlier this year…we are looking to bring digital payments to more countries,” a Facebook spokeswoman told Reuters. “WhatsApp is in conversations with financial partners in Indonesia about payments, however the discussions are in early stages and we do not have anything further to share at this stage.”

State-owned Bank Mandiri has also been approached by Whatsapp, but the service launch in Indonesia is anticipated to be delayed several months so as not to go ahead of India’s launch.

In other news, the messaging app, which turns over an estimated $5 billion according to Forbes, was recently caught in a major outage which affected city users across North and South America, as well as Europe, who were unable to send or receive messages.