UK-headquartered HSBC is planning to cut up to 10,000 jobs – around 4% of its entire workforce – as part of a cost-cutting exercise instigated by interim chief executive officer Noel Quinn. 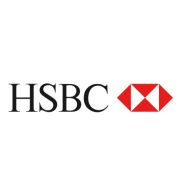 HSBC to remove 4% of workforce

According to the Financial Times, citing two inside sources, the project is the most ambitious attempt in years to slice the bank’s expenditure, and will mostly focus on high-paid roles.

HSBC employs just under 238,000 people, according to its 2019 interim report. It is expected to announce the job cuts when it reports its Q3 results later in October.

The bank announced 4,700 redundancies in early August in parallel with the departure of then-chief executive John Flint.

Flint left the bank by mutual consent and was succeeded on an interim basis by Quinn, who had been head of the firm’s global commercial bank.

“There’s some very hard modelling going on,” a source told the FT. “We are asking why we have so many people in Europe when we’ve got double-digit returns in parts of Asia.”

Other lenders across Europe have announced job cuts in an attempt to boost profit margins. Deutsche Bank announced a cut of 18,000 roles in July, while Commerzbank plans to shed 4,300 jobs and shut 200 branches.

1,600 full time workers will be cut by French bank Société Générale, and the Santander Group, headquartered in Spain, is dropping 3,700 people, a 10% of its workforce.