Forrester has branded digital services “the least important” when it comes to banking customer loyalty.

Clarke advises banks to “empower branch staff”, equipping them with warm rapport, financial expertise and the ability to spot customers in need who don’t want to wait long for a solution. 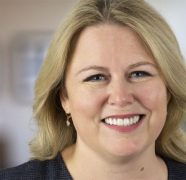 “Banks are wrongly pulling investment out of branches,” says Clarke. “Customers are being forced to use self-service because it’s cheaper for the firm, but as a result self-service is driving a wedge between customers and branch workers.”

“Now the pendulum has swung back,” says Clarke, and market leaders like Amazon are re-investing in physical spaces.

This is contrary to other attendees at Instersect 2019, such as Crone Consulting, who say their data findings show the opposite. Crone’s CEO told FinTech Futures to look at mobile-based Rocket Mortgage, the number one originator of mortgage loans in the US.

Despite this, Clarke uses the alternative case study of Fineco, an Italian digital bank which has 180 financial centres across the country and has the ability to send advisors to customer’s homes. For Clarke, this example of balance between digital and human touch points is perfect and she thinks more traditional banks should draw inspiration from it.

Forrester found that 23% of people still go to a bank branch to open an account and 58% still go into a branch to organise and get advice on their savings.

Life events are what push people to physical banking spaces according to Clarke, such as a new job, a new house, a new partner or a new child on the way. “This is the stuff that doesn’t change no matter what the generation,” says Clarke.

Looking to Monzo’s model, Clarke praises the fact that 80% of its customers joined through word of mouth and that each user has 15 friends who use it on average. But the model suits one generation, prompting Clarke to observe “when life happens to Monzo’s customers base, they will start to need physical banking spaces”.