The Libra Association, the non-profit organisation behind Facebook’s cryptocurrency project Libra, is looking to get a payment system licence from Switzerland’s financial regulator, according to Yahoo News.

The association announced on Wednesday that the licence under the Swiss Financial Market Supervisory Authority (FINMA) can “empower billions of people.” The association has also submitted a request for a ruling to clarify its regulatory status, per the announcement. 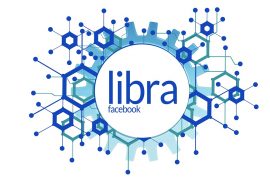 “We are engaging in constructive dialogue with FINMA and are encouraged to see a feasible pathway for an open-source blockchain network to become a regulated, low-friction, high-security payment system,” says Dante Disparte, Libra’s head of policy and communications.

“This is an important step in Libra’s evolution, and we look forward to continuing our engagement with all stakeholders over the coming months,” adds Disparte.

FINMA has confirmed receipt of an inquiry from the Libra Association, saying that the way the Libra project is currently envisaged would require a payment system licence on the basis of the Financial Market Infrastructure Act (FMIA); this is over and above the Anti-Money Laundering Act, which is applicable to such projects by default. FINMA also issued new guidelines for stablecoins.

Just last month, a group of US lawmakers, led by Democratic Congresswoman Maxine Waters, met FINMA officials to discuss the Libra project but the meeting did not clear Waters’ concerns. She said at the time: “My concerns remain with allowing a large tech company to create a privately controlled, alternative global currency.”