SoftBank supports start-ups under the radar

Tokyo-based conglomerate SoftBank is creating an “operating group” under the radar within its Vision Fund, charging more than 30 veteran executives with the task of preparing its portfolio of start-ups to go public, Financial Times reports.

This has involved building alliances between the start-ups and bringing years of industry experience to the young companies who are benefiting from a $100 billion cash injection.

The operating group, set to double to more than 70 people by the end of this year, is headed by Gerry Lopez, who is creating an “ecosystem” of companies under the guidance of SoftBank founder Masayoshi Son.

“What we try to bring [to all of the Vision Fund’s investments] is the perspective of someone who has operated across that industry on various different levels,” says Lopez. 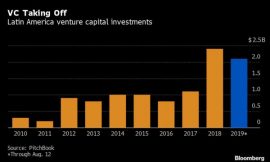 “If job one is figuring out how to marshal resources [for] . . . growth at a much greater pace than they have enjoyed up until now, job number two is: how do we leverage the companies and make sure they are working with one another?”

Vision Fund made its single biggest investment in the car-haring phenomenon, Uber, who has made SoftBank a healthy $3.8 billion.

The Japanese technology giant has also reportedly invested $5 billion into new Latin American technology “unicorns” since March, according to a Bloomberg interview with managing partner at SoftBank, Andre Maciel.

Columbia-based delivery start-up, Rappi, received a $1 billion investment from SoftBank, leading to a re-evaluation of $3.5 billion.