North Loop, a new bank account designed for international students, has been launched in the US, writes Jane Connolly.

The Pie News reports that North Loop, whose checking accounts and debit cards are issued by partner Evolve Bank and Trust, has been set up by a former international student in order to combat the financial problems overseas students face. 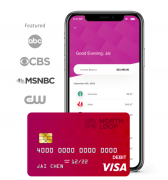 About 20,000 students have already applied to North Loop

Entrepreneur Tahem Veer Verma has created a no-fee account that students can sign up for without a US social security number. They can apply before leaving their home country and will find “their debit card is already waiting” on arrival.

Verma says this prevents international students arriving in the US with “a bunch of cash” and also removes the need to travel to other city locations to open an account in person at a branch.

North Loop’s revenue comes from merchants when debit or credit cards are used in their stores.

About 20,000 students have already applied to North Loop and Verma says the company has received $2.5 million worth of loan applications.