Line, one of Japan’s most frequently used messaging platforms and Nomura, have launched an online brokerage venture which will charge zero commissions for trading in Japanese shares, according to Bloomberg.

Line Securities Corporation will make money from the bid/ask spreads on the trades, as reported by the co-CEO, Yoshikazu Yonenaga, at a press conference on Tuesday. 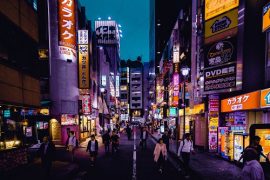 Line is betting that backing from Nomura will help it diversify into the online brokerage business and monetise its 81 million domestic subscribers, as well as reduce reliance on advertising.

Nomura is looking to the venture to attract younger, digital-savvy clients.

The new venture will offer trading in major Japanese firms such as Toyota and Mizuho Financial Group, according to a statement.

Nomura already has an online service with about 3.5 million customer accounts, but its CEO, Koji Nagai, called the offering “uncool” in an interview late last year and said the firm needs to take more steps to make it attractive to younger people.