TechCrunch reports that this takes the firm’s total capital under management to around $1 billion, a record for a local early stage investor.

Kaszek has closed a $375 million main fund and a $225 million ‘Opportunity Fund’ investment vehicle, which will assist Kaszek to maintain its stakes in later stage companies as their rounds grow larger.

According to TechCrunch, co-founder Hernan Kazah expects that the firm will invest in roughly the same number of companies – with between 25 and 30 new investments – but committing larger sums.

Kaszek has been at the forefront of the recent growth surge in Latin America, where investments rose to nearly $2 billion in 2018. 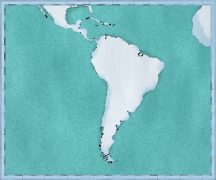 “In 2011 we had 10% 4G penetration… Now more than 90% of the cell phones purchased have been cell phones with 4G access,” says Hernan Kazah. “That really changed the entire ecosystem… Companies can aspire to have more sophisticated products… In the last couple of years they started to accelerate their growth. We finally got to a point where there’s critical mass.”

One of the eight-year-old firm’s first investments was Brazil’s Nubank, which raised a staggering $400 million in Series F funding earlier this summer and is now worth about $10 billion.