StartupSmart reports that the finance – which is double Judo’s original target for the round – came from new institutional investors, including Bain Capital Credit and Tikehau Capital, along with existing investors. 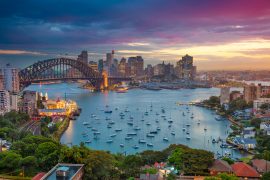 It’s the biggest single funding round in Australia’s history.

The company says that about 90% of investors who participated in the first $140 million equity funding round in August 2018 have returned, such as OPTrust, the Abu Dhabi Capital Group, Ironbridge and SPF Investment Management.

The previous funding record was held by Campaign Monitor, which raised $266 million in 2014.

Launched in 2018 as Judo Capital, Judo started out as a small business lender. It began offering full banking services after gaining its authorised deposit-taking institution (ADI) licence in April this year.

The bank focuses on small businesses rather than consumer banking and is on course to lend more than $1 billion by the end of this year.

According to StartupSmart, co-founder, David Hornery, believes Judo is more of a relationship-based bank than a neobank or fintech. He says that the bank understands a business’s cashflow, capital and character of management, rather than just assessing its collateral.

“Those are the things that really matter,” he adds. “We have cutting-edge technology, but we see that as an enabler.”

Judo Bank now employs 135 people and has a presence in Melbourne, Sydney and Brisbane. The funding will be used to further support the bank’s high-growth trajectory.