Payment solution and rival to Klarna, Laybuy, has promised to be in European, US and Canadian markets by the end of this year, as well as anticipating imminent funding rounds in the UK. 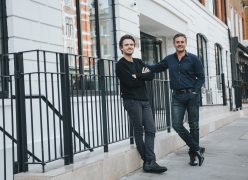 Founded in May 2017, the New Zealand-based family business doesn’t want to just help retailers. Co-founder & MD, Gary Rohloff, was inspired by his two sons when forming the business to help young people pay for goods responsibly without incurring debt, and enable families with tight budgets to afford items when they need them.

Despite its rapid growth, which saw 200 merchants sign with them just two months into business, Laybuy works within a strikingly moral USP.

The paytech integration gives shoppers the ability to pay in six weekly installments – interest is never charged, pay days are flexible and accounts will always be credit-checked by Experian, who can prompt account suspension to avoid “a debt spiral”.

“We always want to be responsible and ethical,” Rohloff tells FinTech Futures. “The last thing I’d want is to see my sons stuck in an unsustainable debt. That’s why it’s just not in our DNA as a company. This is what differentiates us from the rest.”

Rohloff’s sons, 22 and 26, have massively informed the company’s approach to the Gen Z market. In its own survey of 2,500 consumers, the company found 31% wanted weekly payments and 29% wanted daily payments – so 60% of the population want shorter payment cycles than a month.

“It feeds into the weekly shop mentality,” says Rohloff, “because people typically budget week on week instead of month on month.”

And if you don’t pay up? You’re given 30 days after an initial 24-hour period. Then, only after that month, will you be chased by a debt collector. The family-run business chose to apply New Zealand law to debt collections in its UK venture, as opposed to the UK law, which allows a creditor to chase funds after 24-hours of a missed payment.

Despite offering a competitive model to Klarna’s, Rohloff refuses to see the companies pitted head to head. “It’s not about us or them. It’s about Laybuy and Klarna. We want to offer customers choice, not one or the other.”

This approach may shrink in time, as the founder envisions his future among big monopoly players who have no room for competitors. “Just as you can ‘Uber it’ or ‘Google it’ now, how fantastic would it be if the globe could ‘Laybuy it’?”

For retailers, Laybuy is somewhat of a dream. It works in-store as well as online, and it claims a returns figure of just 5% on its items, as opposed to the debilitating 40% figure for the industry across the UK.

But what jumps out is Laybuy’s versatility. It doesn’t just do retail. It does dentist appointments, festival tickets, automotive products and hairdresser appointments. With Laybuy Boost, consumers can pay an excess fee on more expensive products and still pay the rest in six installments too.

With a three-year lease in the UK, the Rohloff family are here to stay and disrupt the market. Now working with nearly 300 UK merchants, including Alexa Chung, Footasylum and WHSmith’s subsidiary, Funky Pigeon, Laybuy is only just getting started.