San Francisco-based insurtech, Ethos, has raised $60 million in venture funding, giving it a valuation of between $400 – $500 million.

The funding round was led by GV (formerly Google Ventures), in addition to Goldman Sachs and existing investors, Sequoia Capital and Accel, bringing the total funding to-date to more than $100 million.

Ethos was founded on the idea that everyone deserves access to ethically designed, easy-to-understand term life insurance policies tailored to fit people’s lives and uses predictive analytics and sophisticated data technology to eliminate the traditional barriers keeping people from getting coverage. 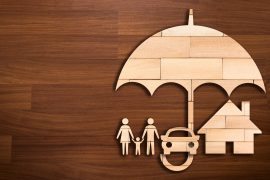 The application process takes minutes instead of weeks, with no medical exams for most applicants, no commissioned agents and a life insurance company that prioritises people over profit.

“Since our original investment in Ethos last year, we’ve been consistently impressed by the company’s commitment to growth, customer traction, and execution to date,” says Tyson Clark, general partner at GV. “With the company’s product differentiation and singular approach to modern life insurance, Ethos is well-positioned to disrupt a $100+ billion industry.”