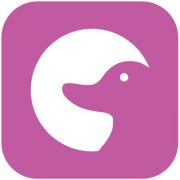 The product, branded as ‘NatWest Rapid Cash’, is built upon Waddle’s core working capital platform, which has been customised to meet the local UK market and enterprise bank requirements. The successful implementation means RBS is one of the first banks globally to offer an automated working capital solution to its customers.

The pilot to date has resulted in more than 400 client applications and more than £10 million ($12.5 million) pounds in funds extended. Plans are now underway to scale the product throughout the RBS customer base.

Co-founder of Waddle, Simon Creighton, says: “When RBS reached out 12 months ago, it was immediately obvious that we shared a similar vision on the future of working capital products in the SME space”.

Creighton believes that the combined RBS-Waddle team will be able to come together across geographies and deliver a bank branded product within a four-month delivery timeframe. “That speaks volumes in itself and something I am really proud of the combined team for,” he adds.

Waddle’s co-founder, Nathan Andrews reiterates the importance of having a strong collaborative process, since doing this across time zones is difficult.

The Rapid Cash platform integrates with the SME’s accounting software to remove the administrative effort involved with traditional working capital facilities. An indicative quote can be obtained in just a few seconds. The credit limit is adjusted ongoing in real time as invoices are raised and paid by the business.

The Waddle platform will allow RBS to automate its operational processes and move to a real-time approach to portfolio management.