Line group, Next and Rakuten have been granted a permit to establish internet-only banking by Taiwan’s Financial Supervisory Commission (FSC), as reported on Reuters. 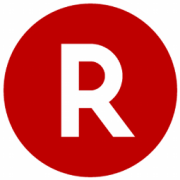 The commission told Reuters that while it had initially planned to give out two new permits, because the three companies all had different business models and target customers, it had decided to give each of them a permit.

The FSC has no plan to issue more virtual bank licenses at the moment, it added.

The consortium members of the Line bank preparatory office were pleased to have been successfully granted an internet-only banking permit.

Line group will be introducing banking services involving AI, big data and financial technologies, as well as working on its responsible innovation.

While Rakuten is operated by Rakuten Inc, a Japanese e-commerce firm, and IBF Financial Holdings, a Taiwanese based firm.