Australian-based platform technology provider, FNZ, has agreed a deal worth £150 million to take over GBST, as reported on Citywire. 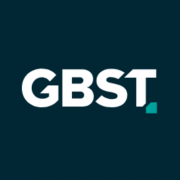 Its competitor, Bravura, had agreed a non-binding deal to buy GBST earlier this year, but FNZ hijacked the deal at the start of July, according to the report.

GBST announced the news on the Australian stock exchange, confirming that it entered a binding agreement to be taken over by FNZ. The deal will value GBST shares at £2.15.

Shareholders will vote on the deal in October, and the acquisition is expected to be completed in November.

FNZ chief executive, Adrian Durham, notes that GBST was an attractive acquisition because the company “has well established products, talented employees and deep relationships with major financial institutions in Australia and internationally”.

The acquisition will strengthen FNZ’s grip on the UK platform market. It currently provides the platform software used by many platforms including Standard Life, Aviva and Zurich, while GBST provides technology for Aegon and Novia.