This week, the Berlin, Germany-based company Bitbond announced that it had successfully completed its spring STO, raising more than $2.3 million (€2.1 million) in the process, writes David Penn at Finovate. 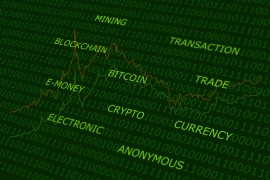 The token offering makes Bitbond the first issuer to have its prospectus approved by BaFin, Germany’s security regulator. Bitbond noted that investors from 87 countries were involved (investors from the US and Canada were not allowed to participate). The company also pointed out that more than $36,000 (€32,000) was earned by affiliates who helped promote the offering.

The new, tradeable security BB1 offers a 4% annual rate, but has a targeted return of double that insofar as the security will pay out 60% of Bitbond’s profits to tokenholders for the duration of the term (10 years).

The first payments are expected on October 1. Investors were able to participate in the offering via Euros as well as other crypto currencies such as bitcoin, Ethereum, and Stellar – which is the network upon which BB1 was issued.

Founded in 2013, Bitbond offers a combined technology and data platform designed to provide financing to SMEs around the world. With customers in more than 120 countries, Bitbond helps small business owners access the working capital they need to grow their businesses by connecting them with both individual and institutional investors. With loan amounts up to €25,000 and terms up to 12 months, Bitbond leverages automation to accelerate the decisioning process and relies on the bitcoin blockchain to ensure efficient payments across borders.

As a platform for investors, Bitbond has enabled more than 1,800 individual and institutional investors to fund more than 1,300 loans. Investors can expect returns of approximately 13% per year via Bitbond’s fixed income investments in SME loans, and can invest for terms ranging from six months to five years.