A sense of self-aggrandisement fills the air when you walk into the Amsterdam RAI exhibition and convention centre – passing stall after stall riddled with merchandise from the latest tech companies. 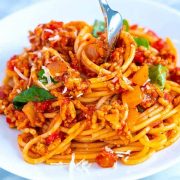 The less spaghetti-bowl we are, the quicker we are to innovate

There’s an ACI smoothie lounge ready to create whatever fanciful combinations of fruit and yogurt you desire, a coffee machine around every corner, over five lounges humming with the chatter of taste-makers networking with industry leaders and mountains of chocolate croissants greeting visitors near the entrance.

Once I turn away from the hubbub of the several food stalls and Amazon Pay’s productivity lounge, and I turn into the dimly-lit halls filled with eager techies (and reporters alike) looking up at the stage, waiting with baited breath to hear the words that inspire them to make the next great platform (or write about it).

I sit, laptop at hand, ready to type up the speaker’s musings on tech, slowly noticing that everyone’s favourite term – innovation – is cropping up as often as a new platform in Silicon Valley. From the chair’s remarks on innovation models to the various seminars and sessions revolving around innovation. Even the Wi-Fi password is “Innovate”! It’s no surprise that it’s one of this year’s themes.

But that’s not the only theme catching everyone’s attention at this year’s Money20/20 Europe conference, as open banking initiatives are at the top of the agenda for fintech firms across the globe.

There’s a growing sense that nobody here disagrees with the need for open borders and collaboration when it comes to business in this industry. Open banking initiatives throughout Europe have already prompted US regulators to start planning on ways to get ahead of competition.

In Asia, a fragmented market with little ground to stand on has, perhaps unsurprisingly, even surpassed Europe’s innovation forecasts. A few years ago, nearly 70% of people in the stage room wouldn’t have agreed on the idea that Asia and China are leading in innovation, as a live poll suggested.

But it’s easier to build when there’s nothing to knock down. Asia doesn’t have a legacy problem, like Europe and North America, which makes it easier to create modern infrastructure that will be ready for open banking implementations.

Matthew Chen, CEO at the largest core banking tech provider in China, Sunline International, explains that in China, regulators have taken a lax approach on anything that is not on blacklisted.This makes it easier to create standards once they ascertain what works and what doesn’t.

Some interesting examples of firms that we have seen on-stage are Mymy, a Shariah-compliant challenger for the Muslim populations in Indonesia and Malaysia; and Pepper, the Israeli challenger, whose CEO Michal Kissos Hertzog openly praised the Israeli regulators’ willingness to collaborate with companies.

Kakao Bank, the biggest challenger in the world, with 9.3 million customers in South Korea, is a clear example of the combination of market needs, innovation, and regulatory and legacy foundation that can prompt fintech success.

As Hertzog puts it, “the less spaghetti-bowl we are, the quicker we are to innovate and implement new features and tech”. Well in that case, I believe we would all like a big, juicy lasagne!