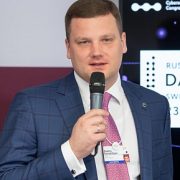 It’s a long process, but partnerships among companies are starting to take shape, the Russian cybersecurity expert tells us. And the International Cybersecurity Congress is living proof of that.

“This year, our congress is three times bigger, with more agreements taking place. For example, just a few days ago, we witnessed the Cyber Polygon, an international collaboration project,” Samartsev continues. “We also have delegates from a larger number of countries than last year, which shows this is a growing concern that corporates want to solve.”

The Cyber Polygon to which Samartsev refers, is a project by Bi.Zone and Sberbank, through which cyber experts from a variety of industries work together in an cyber simulation exercise, to highlight collaboration between different sectors to respond to complex cyber threats.

According to the company chief, the ICC hosted representatives from 65 different countries, which shows their willingness to improve collaboration.

Since last year’s ICC it’s been extensively discussed that governments have to collaborate, and in that they receive substantial support from the corporates.But an important factor of information exchange is trust. However, companies are reluctant to share information on cyberattacks which may hurt their reputation.

Compared to governments, corporates can work much faster, as they have the necessary resources. As such, according to Samarstev, it’s the corporates’ responsibility to step up and prepare the groundwork for governments.

One of such collaboration platforms is Bi.Zone’s Threat Intelligence data exchange platform launched together with the Association of Banks of Russia that piloted last June and has been successfully preventing loss to cyberattacks on financial and credit organisations since.

In Asia and Middle East, activity has increased much more actively than in America. Naturally, Europe follows the former closely, thanks to the support and work of the World Economic Forum’s Centre for Cybersecurity which unites representatives of companies, international organisations and governments.

Banks are a cornerstone of the cybersecurity ecosystem, as it stores the money and secures transactions for its customers, making them a prime target for criminals. Digital companies, which store personal data, are a close second.

Nevertheless, not many banks were seen at the ICC. Samarstev explains that the event, as it is managed by Sberbank, has organically attracted its community first, meaning tech companies, governments and digital companies. Since banks are also seen as competitors, it makes them peripheral and out of reach for the event. But Sberbank is also attempting to attract more banks for upcoming iterations of the event.