Insurance start-up Urban Jungle has completed a £2.5 million seed funding round with participation from a range of new and existing angel investors, including Rob Devey, ex-CEO of Prudential UK, and Simon Rogerson, CEO of Octopus Group. 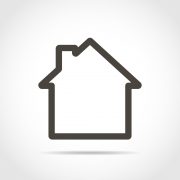 “We’ve ticked off everything we set out to do, and more”

The firm says that innovations such as a pay-as-you-go policy, a commitment to transparent pricing and modern policy terms have helped make Urban Jungle a success in UK home insurers.

Since its inception in 2016 and with the support of pre-seed funding from its Angels, Urban Jungle has grown its customer base to more than 15,000.

Urban Jungle has worked with underwriters to remove many of the legacy home-owner questions renters are asked when taking out a policy, making it easier to understand and better suited to today’s “Generation Rent”.

The platform has also been built with ease of integration in mind, making Urban Jungle well placed to easily partner with the wave of new agile FinTech services, and keeping them ahead of the competition who are struggling to keep up with the pace and scale needed in the industry.

CEO Jimmy Williams comments: “We’ve ticked off everything we set out to do, and more, as well as bringing in some amazing people to lead us into the next stage. There’s still so much about the insurance industry that we want to fix, and this funding will allow us to accelerate the pace at which we do that.”

Alongside the funding round, Urban Jungle also announced a number of new senior hires, including new director of strategy and operations, Helen Hodges, a former director at BBC Studios, and Lauren McAloon as head of marketing; she formerly headed up global customer acquisition at Clearscore.

Urban Jungle is a fully digital insurer founded in late 2016 by Jimmy Williams and Greg Smyth. The business has raised £3.7 million in external funding to date.