TransferWise doubles its valuation to $3.5bn 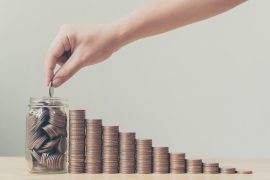 The Telegraph reports that the round was led by investors including Lead Edge Capital, Lone Pine Capital and Vitruvian Partners. The Sir Richard Branson-backed firm also received investment from BlackRock and existing investors Andressen Horowitz and Baillie Gifford.

TransferWise’s strategy of providing cheap exchange rates by using two local transfers for each transaction, instead of more expensive single international payments, has attracted more than five million customers since the fintech was founded in 2011.

According to The Telegraph, TransferWise will use the funds to take on 750 more staff over the next year.

“TransferWise is experiencing phenomenal growth and this investment is testament to that,” says Kristo Käärman, chief executive and co-founder. “We don’t need to raise funds on this trajectory, but we’re humbled by the persistent level of interest.”

TransferWise handles a transaction volume of $5.1 billion across its 12 global offices every month.