FrankieFinancial has added Australian neobank Xinja Bank and payments firm Novatti Group to its client portfolio as it works to tackle the problems caused by legacy systems, reports Jane Connolly. 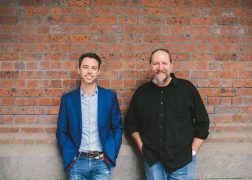 The regtech’s centralised compliance and risk platform brings together multiple sources – including VixVerify, Experian, LexisNexis, ThreatMetrix and Mogo – to provide a “single-point-of-truth and unifying view”.

The platform connects 114 vendors and data sources to create a single hub to enable better decisioning.

FrankieFinancial claims that its financial services aggregator solution is an industry-first that will help banks avoid the $4 billion overhead problem experienced by the Big Four banks.

The challenger-bank-turned-software-provider says that legacy systems are unable to integrate with internal systems or external software or data providers, resulting in compromised business intelligence, inefficient internal processes and customer frustration.

CEO Simon Costello, who previously founded The CompareAsia Group, says: “The rise of neobanks in Australia has been led by consumers’ dissatisfaction of banks being unable to do seemingly basic tasks. Customers who apply for credit cards or mortgages are often frustrated when the bank asks for a 100-point check and statements even when they’ve been a customer for over 15 years.”

He adds: “It’s not that banks aren’t aware of these inefficiencies or poor customer experience, it’s that they’re hamstrung by legacy systems that don’t communicate well, store data in silos and are expensive to maintain. According to Ripple Insights, globally, 70% of banks’ IT budgets are spent on maintaining legacy systems.”

The company, founded in 2017 by Costello and CTO Aaron Chipper, hopes to expand internationally in the near future, particularly to the US and APAC.