Branch closures and the advance of mobile payment technology have led to the first worldwide drop in ATM installations, reports Jane Connolly. 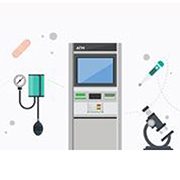 A new report from Retail Banking Research (RBR) revealed that the number of ATMs installed globally fell by 1% in 2018. Four of the five largest markets – China, the USA, Japan and Brazil – saw a decline while the fifth, India, experienced a considerable slowdown in growth.

The decline in China has been attributed to early adoption of non-cash payment methods, while in the USA, branch closures were to blame, along with a reluctance among retailers to upgrade to Europay, Mastercard and Visa (EMV) standards.

In Brazil, the growing popularity of digital channels accounted for the removal of about 1,200 ATMs last year.

The report, Global ATM Market and Forecasts to 2024, found that although ATM numbers have increased in most countries – particularly developing markets, thanks to financial inclusion initiatives – the number of ATMS worldwide is predicted to fall to 3.22 million in 2024.