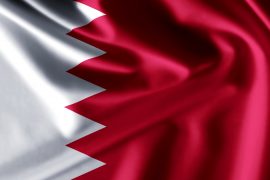 According to a TCS spokesman, the competition came from Oracle FSS, Infosys, Temenos and Finastra.

NBB is replacing an extremely old core system, TC4, which was developed by an Indian company, CMC Limited. CMC was acquired by TCS in 2015. Nevertheless, the bank undertook a competitive selection which was completed in December 2018, with the contract signed this week.

The system will support the bank in its home market as well as UAE and Saudi Arabia. It will span customer management, loans, deposits, payments, origination, Islamic banking and liquidity management for retail and corporate banking.

NBB is seeking a unified customer experience across multiple channels and will make use of the multi-country and multi-entity capabilities of the platform. It has stated goals of digital transformation and diversified business lines. It will also use Bancs APIs to collaborate and integrate with fintechs. TCS will carry out the implementation, says the supplier’s spokesman.

Iain Blacklaw, COO at NBB, said the aim is to “unlock new revenue streams by leveraging larger and extended ecosystems, introduce new products quickly, and expand our customer base across multiple countries in the region”.

Elsewhere in the Middle East, TCS has gained an extension to its existing relationship with Bancs user, Qatar-based Ahli Brokerage Company. The firm has taken TCS’s digital trading front-end to support buy and sell side users via mobile devices. The deal was signed in February.