Digital disruption: how Estonia leads the way to our future digital economy 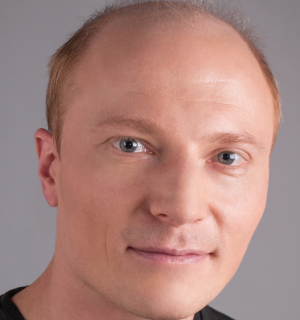 For all the recent debate about free movement of people and control of borders, the conversation has all too often ignored some of the technological advances taking place in the Baltic states related to digital identities, wallets and e-government in general.

Following the collapse of the Soviet Union in 1991 and independence, successive Baltic governments saw the value of harnessing the internet and creating a leading digital infrastructure that could support a digital economy.

Although Estonia’s population is just over one million, it has produced a number of unicorn companies that include: Skype, Playtech, Taxify and TransferWise, its most notable contribution however has been in the area of e-government.

Estonian residents can interact with the state entirely online, using a digital-signature system, official transactions enable people with an ID-card/Mobile-ID/Smart-ID and a PIN to: vote, submit and sign contracts in a matter of seconds, access international payment service providers, and manage accounting records and declare Estonian taxes online.

E-residency programme has not been welcomed without criticism and its founders have publicly said that it started out as solution looking for a problem (the same could be also said about many cryptocurrency and distributed ledger technology start-ups). But this phase has now come to an end.

Some DLT start-ups have noticed the potential of government-issued digital identities, Obyte among them. It enables residents of Estonia, Lithuania and Latvia and also Estonian e-residents to have sovereign digital identities on its platform, which is built using directed acyclic graph (DAG). Digital identities are stored privately on the user’s device and users can reveal the identities, or individual parts of the identities (such as date of birth for age verification) to apps that request them.

These Baltic states with populations of 1.3 million (Estonia), 1.9 million (Latvia) and 2.8 million (Lithuania) are very progressive in terms of using the latest digital identity technologies on the internet, their size makes them perfect laboratories for larger countries to see how infrastructure can work on a national level and be scaled up.

Digitising processes saves Estonia 2% of its GDP a year in salaries and expenses, and shows how e-government can work with the consent of its citizens to create an economically vibrant and dynamic society. The government’s embrace of digital technology has helped support record levels of entrepreneurship, with Estonia boasting 31 start-ups per 100,000 inhabitants (six times higher than the European average), according to trading platform Funderbeam.

It’s too soon to say how Estonia’s digital infrastructure will influence developed and developing nations over the course of the next decade, however its embrace of new technology, technical education and national planning provides an example of how a country can transform itself within a generation.

Estonia’s government is virtual, borderless, decentralised and secure, the question remains whether this tiny post-Soviet nation has blazed a trail for larger countries to follow or if it will remain an anomaly? Only time will tell.