Cabim, the parent company of Crown Agents Bank, is acquiring the enterprise business and payment gateway product of Segovia, which focuses on frontier market payments. 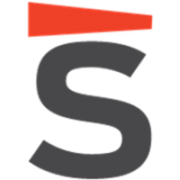 The two companies have been working together since 2017 with the aim of making payments to and from frontier markets easier, faster and more secure and cost-effective.

Souleymane Ba, partner at Helios, adds: “Crown Agents Bank is already a leader in facilitating the transfer of money to, from and across frontier and emerging markets, serving territories that are beyond the reach of competitors.”

Crown Agents Bank has been a trusted partner to frontier market central banks and financial institutions for decades, serving a network of partners across Africa, the Caribbean, parts of Asia and the Pacific islands.

Crown Agents Bank was acquired by Helios Investment Partners in April 2016. Since then, it has processed more than $15 billion in FX transactions across a wide range of frontier and G20 currencies.

Segovia was founded in 2014 by Michael Faye and Paul Niehaus to connect poorer areas to mobile and other payment networks. The company raised a $15 million Series A led by Reid Hoffman.

As part of the acquisition Segovia’s consumer remittance offering, Taptap Send, will become a separate and independent standalone entity.

Closing is expected in Q2 2019 subject to regulatory approvals and other closing conditions.