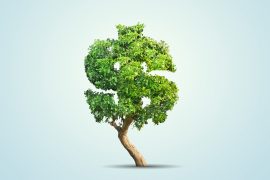 The customer is the Green Deal Finance Company (GDFC), originally a UK government scheme which is now a privately-owned lender supporting homeowners to invest in renewable energy and other environmentally-friendly products.

The selection at GDFC was “good timing for us and accelerated our route to market”, says SamePage director, James Snow.

Along with his two fellow directors, Snow is ex-Target Group and, as with this long-standing loans processing specialist, SamePage is based in Cardiff. Target was bought by India-based Tech Mahindra in August 2016.

However, the incumbent supplier at GDFC – from the UK government days – was another UK lending specialist, Nostrum. GDFC was looking to modernise, says Snow, and wanted a complete digital platform.

The existing loans portfolio remains on the Nostrum system but on a “run-off basis”, says Snow. He says the SamePage founders felt there was a gap in the market as it was populated with functional but dated solutions. The SamePage offering includes compliance tools, manual and automated decision-making and open banking integration through open APIs.

It was a short project at GDFC, “end-to-end about four months”, says Snow. The ability to provide a full online live demo version and a “sandbox environment” allows customers to swiftly visualise and work through their requirements, he adds. “They can feel it, touch it, use it much earlier in the process, even before committing with us.”

Snow says interest has been good among lenders with digital aspirations and the company has a second customer due to go live in April, launching into a new market.