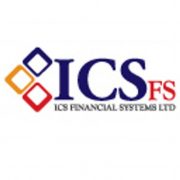 The selection was reported on in December 2016, while the implementation started in January 2017.

PBZ went to market for a new core system in spring 2015. It is understood that around nine regional and international vendors competed for the deal, including ERI Bancaire with its Olympic system, Temenos with T24, JMR Infotech with Flexcube, Simba Technology with Finacle, and Craft Silicon with Bankers Realm.

“With ICS BANKS’ infrastructure, the People’s Bank of Zanzibar will be able to leverage flexibility in customising its favourite themes, launching new products with interactive advertisement on its delivery channels and touch points, bringing flexibility at its edge,” says Robert Hazbounm, managing director of ICSFS.

PBZ offers services in conventional and Islamic Banking for retail and corporate customers in Tanzania. Established in 1966, it is 100% owned by the Government of Zanzibar under the Ministry of Finance.

ICS Banks Islamic is a solution designed following Sharia in compliance with the Accounting and Auditing Organisation for Islamic Financial Institutions (AAOIFI).