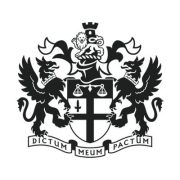 The largest payments group in the Middle East intends to go ahead with an Initial Public Offering (IPO) in April. Network International is owned by Dubai bank Emirates NBD and private equity firms Warburg Pincus and General Atlantic.

In an announcement, the company says it will determine the indicative price range and maximum number of shares to be sold in the coming weeks.

According to the same statement, the directors believe it is the right time to bring the group to the public market. The IPO will demonstrate, they say, “the maturity, transparency and governance of the business to help further build on the group’s status as the leading enabler of digital commerce across the Middle East and Africa”.

Despite the uncertainty surrounding Brexit, Network International has opted to become London’s first international IPO of 2019 so far – reports have suggested that the listing would value the company at about $3 billion.

Network International is the first independent vendor certified by both Visa and Mastercard for payments in the Middle East. It also owns and manages the Diners Club International franchise in the UAE, Egypt, Lebanon and Jordan.