The former head of MtGox, the collapsed bitcoin exchange, has been cleared of embezzlement charges by a Tokyo court, but found guilty of tampering with digital data. 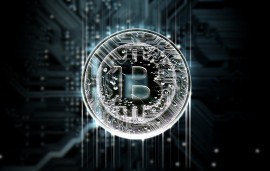 “The charge of electronic record tampering is true and deserves punishment, but there’s no criminal evidence of embezzlement”

The court says that French-born Mark Karpeles, sometimes mixed his personal finances with those of the exchange and fiddled with its accounts to hide the fact that the platform had lost money to hackers.

As reported by Bloomberg, he was given a two and a half years of suspended jail sentence, which he won’t have to serve unless he commits another violation within four years. Originally, prosecutors called for a ten-year jail sentence.

“The charge of electronic record tampering is true and deserves punishment, but there’s no criminal evidence of embezzlement,” the court said.

It also said Karpeles had inflicted “massive harm to the trust of his users,” and that “there is no excuse for the defendant, who is an engineer with expert knowledge, to abuse his status and authority to perform clever criminal acts.”

Many believe that the decrease and instability of crypto value that was triggered back in 2014 was originally caused by Karpeles’ wrongdoings, which undermined faith in the exchanges.

Prosecutors claim he splashed the embezzled money on a 3D-printing software business unnecessary for MtGox, as well as on personal expenses.

MtGox was shut down in 2014 after 850,000 bitcoins (worth half a billion dollars at that time) disappeared from its virtual vaults, a mystery that remains unsolved. The court did not address this matter.

At one point, MtGox, which started as a trading place for Magic: The Gathering cards, claimed to be handling around 80% of all global bitcoin transactions.

During the trial, Karpeles apologised to customers for the company’s bankruptcy but denied both data falsification and embezzlement.

“I swear to God that I am innocent,” Karpeles, speaking in Japanese, told the panel hearing when his trial opened.