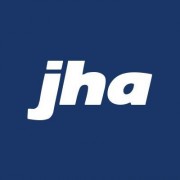 “Commercial lending is often the most paper-intensive process in banking, which is off-putting for both borrowers and bank employees,” adds Russ Bernthal, vice-president of Jack Henry and ProfitStars.