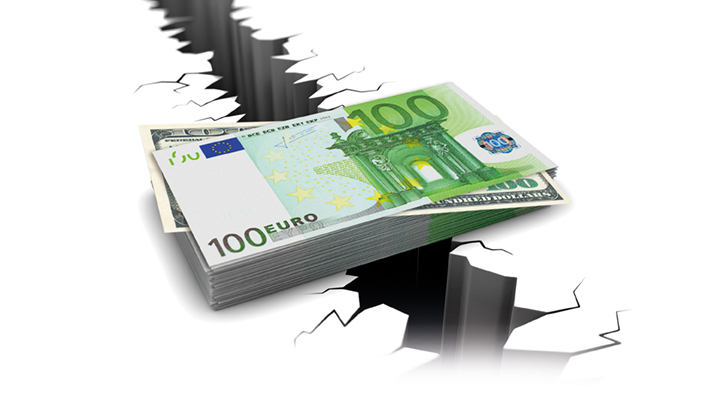 How to juggle different geographies when designing a modern platform

Moneycorp is a provider of FX hedging solutions and international payments around the world, with around 40 years under its belt. Nick Haslehurst, CFO and COO at the firm, how two companies came together to create a new tech platform, and the many needed cultural changes that boosted this shift.

“We decided to embark on a project with Futurice around two years ago, to modernise our customer-facing software and tech to support the movement of money around the world in a seamless, proactive and efficient way,” he tells us.

Futurice, which already has over 550 people, is a consultancy that specialises in helping financial services companies create and develop digital solutions from the ground up. It works with companies throughout Germany, Finland, the UK, Norway and Sweden.

From the beginning, it was clear that it’d be no easy project – corresponding banking around the world faces many challenges. Integrations, connections, information provisions… Different bank proprietary systems, different messaging formats, reconciliations etc.

“Our goal was to make this journey seamless, so corporates can make use of our account provision and international money services around the world via our app, via the phone, or online,” Haslehurst continues. “The project with Futurice was mainly to rebuild that front-end journey to make it more logical, more integrated and more sophisticated.”

Moneycorp has now launched the platform, with thousands of customers onboard, and says it has received a lot of positive feedback. However, he says that with platforms like these, the project is never done, so the team will continue updating and enhancing it.

The project started in December 2016, when Futurice was tasked with reviewing Moneycorp’s mobile app user experience, and from there the team moved to a redesign of the platform build, starting with creating a “service vision”, whereby Futurice takes into account the existing technology and how the new platform can use and integrate it to reach that vision.

David Mitchell, commercial director at Futurice, who was involved in the project from the very beginning, tells us that another point of consideration was that the platform needed to support Moneycorp’s quick global expansion, as well as well as the ability to white label the platform to offer to other companies – Sainsbury’s Bank, for example.

Moneycorp already has the network of bank accounts and FX liquidity that allows companies to bypass the hassle of building these themselves and have it ready to go. This is not the main product, though, as the core market comes from direct-to-customer international money services to customers across Europe, North America, Latin America and Asia.

“As a corporate customer or private individual, you don’t want to be operating multiple bank accounts in different countries. Bringing all that together in a very user-friendly UI, that collects the right information to enable you to make cross-border financial services transactions, provides you with the right reporting and reconciliation back into your general ledger – that’s why we try to do,” says Haslehurst.

But Moneycorp also wanted to bring the platform to market quickly, and keep updating it, improving it, and building on that knowledge as time goes. The idea of agility goes beyond being able to implement features quickly to the platform, but, according to Haslehurst, it involves a whole culture change in how the company operates.

“This means building technology from the ground up with front-end goals in mind, rather than adapting to what the current infrastructure in financial services around the world allows you to do. Not only that, but also taking in customer feedback frequently, and making changes according to it continuously,” Haslehurst explains.

These changes don’t only happen qualitatively – through direct customer feedback – but also through analytics tools, third party agencies and other partners, who have put all this data in the centre of Moneycorp’s priorities.

Mitchell points out that the fact that Futurice’s insights into the transformation were tailored not only for the current era, but also for a business like Moneycorp’s, that has customers from all over the world sending payments to areas that are very different. The ability to adapt and update to new customers demands has drastically changed Moneycorp’s operational organisation.

“Modern tech development always means that we will see opportunities to transform how the organisation works, and this becomes a by-product”, states Mitchell.

For Moneycorp, this became even clearer when the firm realised that the technology enhanced the potential and efficiency of its industry experts, particularly with the appropriate organisational transformation. From a regulatory perspective, Moneycorp says it makes sure it collects the right information to access the right types of local financial services information networks.

“If we need to deliver a payment into China for you, we make sure we capture the synapse code, the right Bank of China Reason for Trade description etc. All that knowledge that we have gathered over 40 years, and we distil it for you in a user-friendly way. A customer doesn’t need to know all those nuances, and even less if the platform does it for you,” Haslehurst adds.

“China is a classic example that requires more expertise on the region and the regulation, particularly now that many payments are going to and from Europe and the US. Another specialty of ours is Brazil, which is very restricted too,” he points out. “Even in Latin America it can be more difficult to execute the proper transactions across currencies, and our platform distils it to the basics for customers.”