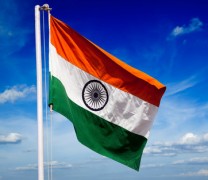 India gets a little bit more of fintech action

The Department of Information Technology, Government of Maharashtra and the Maharashtra Industrial Development Corporation (MIDC) have granted approval to Reliance Realty for development of the centre at its Dhirubhai Ambani Knowledge City.

These approvals were issued under the government’s new fintech policy, which aims to boosts activities in the industry, particularly around the areas of payments.

This new hub could be a move by Reliance Communications to get back into profit via the juicy fintech market.

The firm is in debt to the tune of IND 460 billion ($6.45 billion) and has said it plans to implement debt resolution plans through the NCLT (National Company Law Tribunal) framework.

The company is controlled by billionaire Anil Ambani.

India is really ramping up its fintech regulation and initiatives. Recently, the Reserve Bank of India (RBI) launched its Ombudsman Scheme for Digital Transactions (OSDT), for redressal of complaints around the digital transaction services.