Blockspring, a San Francisco-based start-up enabling data collection through APIs, has been acquired by Coinbase, the giant crypto online exchange. 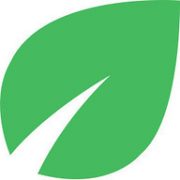 Paul Katsen, co-founder of Blockspring, says the firm was attracted by Coinbase’s commitment to establishing an open financial system and the strength of its engineering team, led by Tim Wagner.

Wagner was formerly part of AWS Lambda, a service that launched soon after Blockspring unveiled a tool for developers to build APIs without needing to touch any servers. Lambda made this product, to a certain extent, superfluous, and forced the firm to reconsider its strategy.

That’s when Blockspring redirected its core business to help get data from APIs into productivity tools, as the firm took advantage of the proliferation of Software-as-a-Service (SaaS) and end-user computing.

“Making the technical simple and accessible is what we’ve always been about at Blockspring,” comments Katsen on the acquisition.

The firm’s products can be used for purposes such as building lists and repositories for recruitment, marketing/sales, and reporting.

Blockspring is a Y Combinator alumnus, and has so far raised $3.5 million from investors that include SV Angel and a16z, both of which are Coinbase investors.

Coinbase, which has acquired and backed companies from around the world, and seems to be aiming high after October’s $300 million raise.