Brazil has seen the arrival of BPP Pay, a mobile digital wallet with token-based NFC technology, with plans to expand beyond the nation. 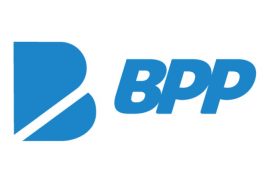 The fintech, via its subsidiary, BPP International, a payments and card-issuing company, is also looking at the Latin American market as the region’s demand for mobile wallets has increased, since many of the countries in this region have not yet had access to Samsung Pay or Google Pay.

The fintech currently has more than one million customers, on Android and will soon come to IOS.

“The Brazilian market has grown in relation to mobile transactions. The Brazilian is very adherent to these new technologies and forms of payment,” says José de Carvalho Júnior, products director of BPP.

BPP Pay is supported by the Visa Token Service (VTS) technology, designed to make purchases without exposing personal details. This technology replaces information such as the 16-digit card, expiration date, and security code with a unique digital identifier called a payment token.

With the BPP Pay application it is also possible to make payments via QR Code and the transaction authenticated via PIN or biometrics, depending on the smartphone’s capabilities.