TransferWise has bunq in the trunk, reports David Penn at Finovate.

International money transfer specialist has a new partner in Dutch challenger bank bunq, which announced that it is integrating with TransferWise’s API to enable its customers to send money in up to 15 different currencies directly from the bunq app. 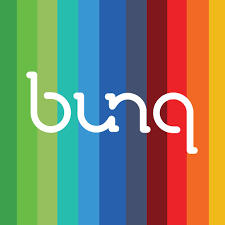 “Our mission is to free our users from borders and barriers in traditional banking, such as hidden fees”

“Our mission is to free our users from borders and barriers in traditional banking, such as hidden fees,” bunq CEO Ali Niknam says.

Bunq users will get access to exchange rates, TransferWise’s fees, and “fast transfer” speeds – the latter courtesy of the instant SEPA payment system that shortens the time it takes EUR to GBR transfers, for example, from days to minutes.

“In the future,” TransferWise says “it should only take a few seconds”.

bunq is the second challenger bank that TransferWise has teamed up with this year. In June, the company partnered with Monzo, powering international money transfers for the digital bank’s 750,000 customers.

And just weeks before announcing the Monzo partnership, TransferWise reported that it was working with Groupe BPCE, providing money transfer services to the French banking group’s 15 million retail customers.

Earlier this fall/autumn, the company announced its second profitable year and annual revenue growth of 75%.

This summer, TransferWise announced the opening of an office in Hong Kong as part of its expansion into Asia.

With more than $396 million in funding, TransferWise is one of fintech’s “unicorns” with a valuation in excess of $1.6 billion. The company has more than three million users, and facilitates the transfer of more than $2.65 billion a month. TransferWise was founded by Taavet Hinrikus and Kristo Kaarmann (CEO) in 2011.