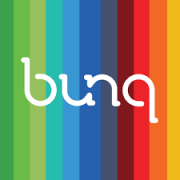 “At bunq our firm belief is that usability can always be improved upon. Given the fact that user experience is at the core of Apple Pay, it perfectly aligns with our company philosophy,” states the bank’s founder and CEO, Ali Niknam.

The geographical expansion follows bunq’s “successful growth” in the Netherlands and Germany. In Spain and Italy, there is “a growing desire for an alternative to traditional banking”, bunq feels.

“bunq, which doesn’t invest its users’ money in shady businesses and doesn’t sell personal data to third parties, thus meets the demand of the Italian and Spanish people,” the bank adds.

It also claims to be the first bank in the country to have ever implemented Mastercard Identity Check. Furthermore, it integrates this authentication method “in a unique way”.

“Mastercard Identity Check is the latest implementation of Mastercard Securecode, a secret code that protects against unauthorised use of your card and a method that is a requirement for certain webshops,” bunq explains.

“Where traditional providers still require the setup of a complicated password, bunq makes this process easier and safer by replacing the password with a QR code.”

The bank has also fully redesigned its website and the app, and continues with its public API initiative (launched in early 2017), which enables developers to set up connections between their devices and bunq through the API.