Revolut to get $500m boost from Softbank

Revolut, the multi-functional cross-border card and app, is planning a $500 million Series D investment round, potentially enlisting tech giants like Softbank to its roster of investors. 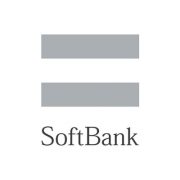 According to City AM, the fintech has aggressive plans for expansions, with plans to launch in the US after the investment round. Revolut has seen major regulatory shortcoming preventing it from starting operations there.

Australia and Japan are also on Revolut’s radar.

The round, set to take place early next year, would give the fintech the necessary boost to enter the US market, a particularly difficult geography to crack.

This comes after the firm’s last funding, which had the shocking figure of $250 million.

The unicorn, which has already surpassed the $1.7 billion valuation, has grown fivefold in the past year, despite reporting annual losses.

It is not known whether Revolut’s previous backers, which include Index Ventures, Draper Esprit and DST Global, will sign on to its next round.

Earlier this year, Softbank said it planned to invest around $200 million into fintech, from its $100 billion Vision Fund.