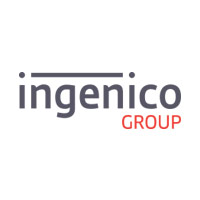 MIR, introduced in 2015, has 45 million cards in circulation, with over half issued by Sberbank.

According to Ingenico, extending its network of acquiring banks with Sberbank as a local partner in Russia is key to its merchant-focused international growth strategy.

Svetlana Kirsanova, director of Sberbank’s acquiring and bank card division, comments: “Russian consumers love buying from international brands and want to use their MIR cards to do so. We can now offer this opportunity to our customer cardholders from Russia’s national payment system.”

Merchants will use a local acquirer, which will reduce disputes – and since Sberbank uses data centres in Moscow and Kazan, Ingenico’s merchants are automatically compliant with Russia’s data storage regulations.

Ingenico and Sberbank are aiming to expand the partnership in the future to include additional features such as support for Sberbank Online, its real-time banking solution, and an opportunity for international merchants to participate in the loyalty programme Spasibo to develop strong connections with Russian consumers.

Recently, over at Sibos, we had a chat with Sberbank and its little sister cyber company Bi.Zone.