ShopUp, the sales automation and credit assessment process for Bangladeshi SME owners, has raised $1.62 million in a seed round led by Omidyar Network, the impact investment firm established by eBay’s founder Pierre Omidyar. 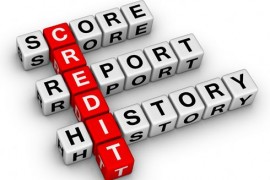 Other participants in this round include angel investors from Facebook, Google, Amazon, Grab, and other banks.

The funding, which also includes a grant from UK AID, will be used to enhance the core technology infrastructure of ShopUp’s credit algorithm, accelerate acquisition to 100,000 merchants, and establish partnerships with e-commerce players, logistics companies, and offline aggregators.

“Many entrepreneurs in Bangladesh still lack access to formal credit services, making it hard to grow and scale their small businesses,” says Afeef Zaman, CEO and cofounder of ShopUp. “There is a long tail of micro- and nano-enterprises with annual turnover of less than $20,000 who generally don’t have access to affordable credit due to high operating cost of micro-loans.”

More than 60% of Bangladeshis are self-employed, and there are over 90 million internet subscribers in the country, with over 350,000 shops on Facebook and nearly 300 e-commerce portals.

ShopUp currently has 28,000 micro, small and medium enterprises (MSMEs) on its platform, the majority of which are female-led. In Bangladesh, female employment has seen a 35% increase, reaching 18.1 million from 2008 to 2017.

“Access to flexible, affordable credit is the key to unlock growth in the MSME sector in emerging markets, and ShopUp’s mobile-friendly platform is helping to drive economic development, innovation, and employment in Bangladesh,” says Smita Aggarwal, investments director at Omidyar Network.

According to the World Bank, the total MSME credit gap stands at $2.6 trillion worldwide, due to the high operating cost. The majority of this gap exists in developing and underdeveloped countries such as Bangladesh, where the majority of the ten million MSMEs remains outside the formal credit system.