The head of the Pakistani Federal Investigation Agency’s (FIA) Mohammad Shoaib cybercrime wing has said data from “almost all” Pakistani banks was compromised in a recent security breach, according to a statement made to Geo News. 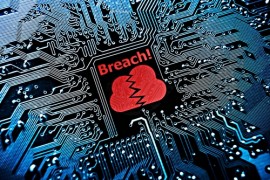 Speaking to DawnNewsTV, the director has revealed that hackers based outside Pakistan had also stolen large amounts of money from people’s accounts.

There is a meeting of the banks’ heads and security managements scheduled with the FIA, to improve security measures in banks.

Over 100 cases are being investigated by the agency in connection with the breach. However, it isn’t clear when it took place exactly.

Shoaib has said the agency has arrested many gangs involved in cybercrimes and recovered stolen money from them.

The director’s statement comes days after around ten banks blocked all international transactions on their cards, due to concerns about a breach of credit and debit card data.

According to Krebs, data of over 8,000 account holders of about ten Pakistani banks was sold in a market of hackers.

The first cyberattack was reported by BankIslami on 27 October, where PKR 2.6 million ($19,400) were stolen from international payment cards.