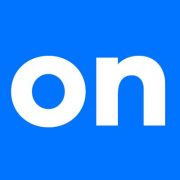 Starting in 2019, PNC Bank will offer digital business lines of credit up to $100,000 within one to three business days, reports David Penn at Finovate.

This expansion of its current online lending business comes courtesy of a partnership with OnDeck, whose OnDeck Platform-as-a-Service (ODX) solution – launched earlier this month – will simplify and speed up the loan origination process for PNC Bank’s SME customers.

“PNC is investing in this new avenue to find solutions that work for small and medium-sized businesses,” head of retail lending at PNC Bank, Lakhbir Lamba, says. “Our relationship with OnDeck is PNC’s first opportunity to leverage the services of a fintech company in a Platform-as-a-Service model that will make it easier for businesses to borrow from us to support their growth.”

PNC Bank is one of the largest diversified financial services institutions in the US. It has more than eight million retail and small business customers who use its deposit, lending, credit card, cash management, and investment services. With branches and ATMs in 19 states plus the District of Columbia, PNC Bank provides a variety of asset management and corporate/institutional banking services, and is a minority owner in investment management firm BlackRock.

Headquartered in Pittsburgh, Pennsylvania, and founded more than 160 years ago, PNC Bank has $293 billion of assets under administration.

Since inception in 2006, OnDeck has delivered more than $10 billion in loans to small business borrowers in 700 different industries throughout the US, Canada and Australia. The company says it leverages its advanced technology and underwriting platform to help SMEs get the “responsibly-priced and right-sized” short-term financing they need to grow. OnDeck estimates that its support of small businesses has helped create 74,000 jobs across the US. And via its newly-launched subsidiary, ODX, OnDeck offers banks a new way to better service their SME customers and encourage even more economic activity

“ODX is the next generation service provider for the digital lending era,” OnDeck chairman and CEO Noah Breslow said earlier this month, when ODX launched. “ODX offers a bank-ready origination platform, analytic support, and implementation services that speed product and process transformation to help banks better meet the evolving needs of their customers,” he explained.

OnDeck is a publicly-traded company on the New York Stock Exchange. The company has a market capitalisation of $500 million. Noah Breslow is CEO.