Layer I: the answer to blockchain scalability problem? 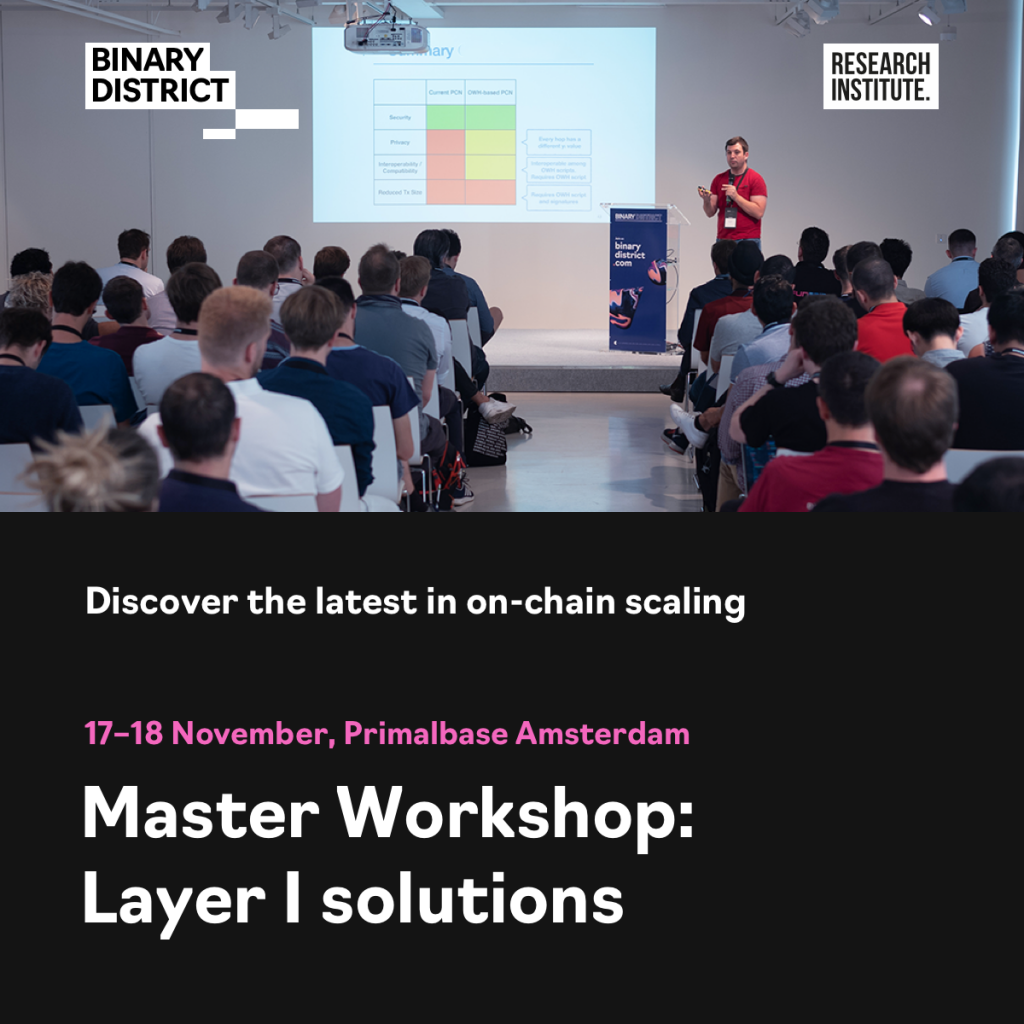 Join the Master Workshop on 17-18 Nov in Amsterdam, the largest meet-up of blockchain experts!

Blockchain has been widely touted as a panacea across banking and the financial services, automating trust and introducing new efficiencies on an unprecedented scale. Accenture, for one, has estimated that it could create new efficiencies in clearing and settlements with the potential to save major investment banks as much as $10 billion.

However, with great potential comes great hype. And the hype is not currently matching reality. This has led many to become – wrongly – disenchanted with the technology. The reality is that blockchain technology is still in the relatively nascent stages of its development, and there are a number of obstacles to be overcome before widespread adoption is possible.

Arguably the greatest of these obstacles is scalability. Sarah Azouvi, a PhD researcher at UCL, explains that, “Bitcoin currently processes on average 7tps compared to roughly 2000 for VISA and 200 for Paypal. This has already had huge consequences as this increases the transaction fees (with certain transactions reaching tens or even hundreds of USD in transaction fees).”

The solution to this has divided the blockchain community, with two camps emerging. Layer I focuses on solutions kept on the chain itself. A popular example of a Layer I solution is Ethereum’s attempts to implement sharding. This is where nodes on the Ethereum network only process small parts of data, rather than every transaction on the blockchain.

Layer II solutions, on the other hand, expand on the more traditional constructs of blockchain infrastructure and takes solutions off the chain. Lightning Network is one such example. The network is made of user-generated channels that send payments back and forth in a secure and trust-less fashion, without need for the transactions to be broadcast to the whole network, meaning they are almost instantaneous.

However, while the community is divided in terms of their areas of focus and the projects they are working on, both are necessary to get right if blockchain is to scale properly. Patrick McCorry is Assistant Professor at King’s College London and the UK’s first cryptocurrency PhD. He notes that, “I’m a believer in Layer II, but it won’t work without Layer I. Layer II is ultimately restricted by the scalability of Layer I – so it is crucial both are solved in parallel.”

The good news is that some of the brightest minds in tech are working on blockchain scalability. Binary District’s Master Workshop: Layer I solutions will see more than 20 such minds – leading developers, researchers and industry figures from institutions as diverse as UCL to Dolby – present the most promising Layer I solutions and discuss how we can take blockchain into the real world.

Taking place in Amsterdam this 17-18 November, the Master Workshop will the be largest meet-up of leading experts focused on solving this vital issue yet to take place. You can be part of it by registering here.