Consumer-facing financial health company Credit Karma has unveiled plans for an auto insurance comparison tool. Members in California and Texas can now determine if they are paying too much for car insurance based on how much similar members are paying for comparable coverage, reports Julie Muhn at Finovate. 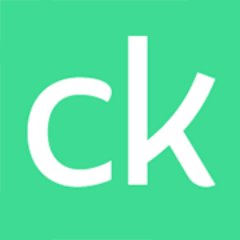 The move aims to help members make the best decision about their auto insurance, coverage that Credit Karma estimates Americans overspend on by $21 million each year.

The new tool builds on Credit Karma’s Online Vehicle Centre. Launched in November of last year, this is an informational dashboard that helps consumers manage and organise their vehicle-related finances and information by leveraging driver and vehicle data from the Department of Motor Vehicles (DMV).

The tool received “significant” traction since launching just under one year ago; more than eight million members, 8% of Credit Karma’s total user base, have synced their vehicle information with the platform.

The new comparison aspect of the tool leverages DMV information and combines it with data from credit bureaus and public insurance filings to estimate insurance quotes. Unlike traditional insurance quote comparisons, which require users to input 30 to 40 fields of data, Credit Karma says it generates a comparison in real-time.

Another aspect of the new tool that’s worth mentioning is the education piece. Credit Karma will offer users an interactive experience that shows how certain factors such as moving violations and credit score can impact rates. The San Francisco-based company said that it plans to roll out the new tool to users in more US states “in the coming months”.

Since it was founded in 2007, the company has expanded not only into vehicle information management and monitoring but also identity monitoring and tax filing.