Interview: Yves Tyrode, BPCE – journey to the centre of tech 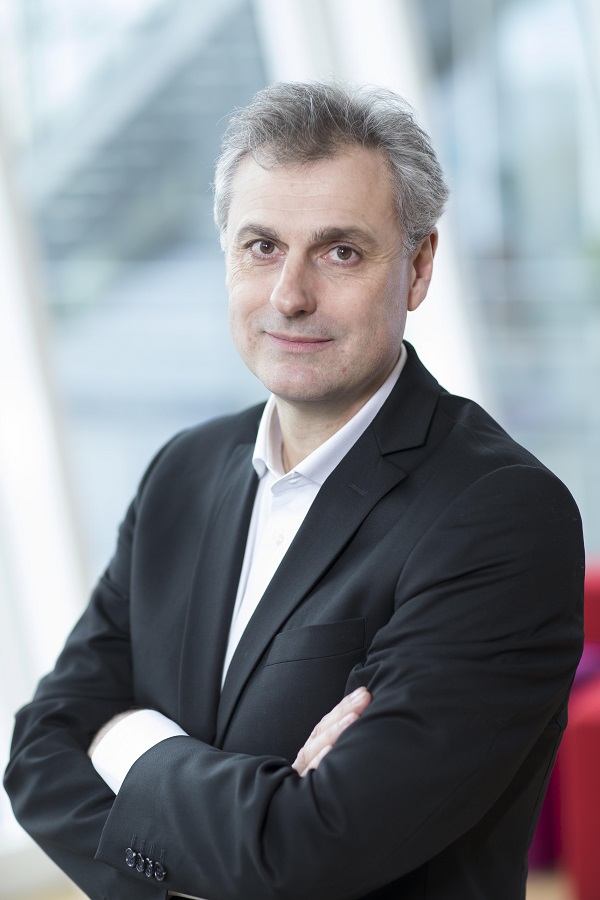 Yves Tyrode, BPCE: on a mission to deploy a whole new digital strategy

In October 2016, the French banking group BPCE recruited Yves Tyrode, former CEO of the e-commerce site Rail Europe, to devise a digital strategy. With a current budget of €100 million, the team is thinking big and has recently partnered up with the fintech TransferWise.

On 4 June this year, the French banking group BPCE made a major announcement. From next year, its 15 million customers will be able to send money to over 60 countries at the real exchange rate thanks to a partnership signed with the Swedish money transfer firm, TransferWise. For a banking group like BPCE, which counts some 40 regional branches across France, the deal marks an important milestone. It’s the first time in Europe that a major bank directly integrates TransferWise’s API into its mobile banking apps to offer international transfers to its clients.

And for Yves Tyrode, BPCE’s chief digital officer, and one of the instigators behind the deal, the partnership appears as a good opportunity to attract new customers.

Tyrode’s strategy is in line with customers’ demand. According to a study published by the consulting firm Accenture in 2017, 57% of more than the 32,000 banking customers surveyed, wanted tools to transfer money abroad instantly and at low-cost. In addition, the survey found that customers increasingly wanted to cut out the middleman in transactions and track their banking activities themselves.

This is precisely what Tyrode intends to do with this partnership. “We acquire a technology solution that will be fully integrated in our money transfer services so that, in the near future, our customers will be able to make any type of transfer, whether it’s local or international, from one single interface.”

Tyrode understands customers’ changing needs. Before joining the group in September 2016, he spent more than 20 years in retail, first working for Orange in the 1990 and 2000 decades where he held several positions, respectively as head of marketing, head of data transmission and chief product officer.

In 2011, he eventually stepped away from the telecom business and joined voyagesncf.com – also known as Rail Europe – one of the first e-commerce sites in France. In his role as CEO, Tyrode managed to grow revenues from €1 billion to €4.5 billion between 2011 and 2015 and sat on the SNCF board until its departure in September 2016.

“My experience there was great,” he says. “But I had the feeling that I had fulfilled my mission and I wanted to take on a new challenge. So I decided to step down to try something new.”

There was no indication that Tyrode would end up leading the whole digital transformation for BPCE at that point, though. He, himself, concedes that joining a banking group was not part of his plans. He would have rather launched another company after a first successful stint as the founder and CEO of a telecom startup called Mobile Internet for Business (MIB) at the end of the 1990’s, which was ultimately sold to Orange in 2002.

But the offer François Pérol, CEO of BPCE at the time, put on the table was one Tyrode could not turn down. “The idea was to launch the whole digital process for the group,” he says. “This was both exciting and challenging. Not because I didn’t have any background in banking. But because there was everything to do from scratch.”

At that time, traditional banks were under growing pressure to expand their digital services as customers handled more of their financial affairs online. One of Tyrode’s first decisions was therefore to devise a whole digital strategy, which relied primarily on forging strong ties with fintechs. To do so, BPCE started to eye a number of firms in the view to acquire them.

“When I joined BPCE, I sat down with the CEO and we looked at the whole fintech scene,” Tyrode says. “We agreed that we needed to be clear on how to position ourselves in the fintech world and acquiring firms that were innovative made sense as long as those fintech add value to our customers and as long as this is something we are not already offering.”

This is how BPCE acquired the German digital bank Fidor in 2016. In its annual report that year, the group noted that the acquisition of Fidor was “a critical step in its digital transformation”. In a public statement, Pérol also noted that the deal “further demonstrated (the bank’s) commitment to innovation, to developing a customer centric approach enabled by digital banking technology, and to be more involved in the digital and mobile banking field”.

A year later, in June 2017, BPCE made a second acquisition with Dalenys, a Belgian payment start-up for SMEs.

But acquisitions were not the only mean and BPCE has also made the choice of signing partnerships with a number of startups in order to use their innovative solution. This is where the deal with TransferWise comes into play and Tyrode is now looking to deploy the solution “massively”.

The difficulty for the bank, though, is to integrate the technology into its system. The reason for that is twofold. First, BPCE must ensure that the TransferWise’s API can support its heavy transaction volumes. Second, as a bank, BPCE must comply with some strict regulatory requirements and needs to ensure TransferWise meets all of them.

“This will take time,” concedes Tyrode. “But we are now slowly integrating the solution into our newly redesigned mobile app and the solution should be available to all our customers by early 2019.”

Coming to an agreement with TransferWise also took time, Tyrode explains. But this is simply because BPCE wanted to make sure the international transfer solution could not be developed internally. “The upside with TransferWise is that they can mutualise their costs across several banks, which means they can offer more attractive fees to their customers,” he says. “This is something we couldn’t do.”

TransferWise surely has a lot to gain with this partnership too. The most obvious advantage for the fintech being the access to BPCE’s clients. But while some banks have warned against the disintermediation effect, whereby the new entrants would bypass the traditional players in the long run to serve their customers directly, Tyrode takes a much relaxed stance.

“I’m not sure whether the fear is justified or not,” he says. “But if we could draw a comparison, I’d say that when Amazon and Apple launched their online marketplace, they didn’t lose any of their business value. Yes, they allow third party providers to do business on their platform but they are still offering their own services and products. And the model is working amazingly well.”

So far, BPCE has signed some 300 partnerships, which were facilitated by the introduction of a “start-up pass” in 2017…

This is an excerpt. The full interview is available in the September 2018 edition of the Banking Technology magazine.
Click here to read the digital issue, it is free!