The UK’s finance industry is feeling the effects of £500 million being stolen in fraud and scams by criminals.

In the first half of 2018, it was not a pretty picture. And the UK is an ugly country at the best of times. 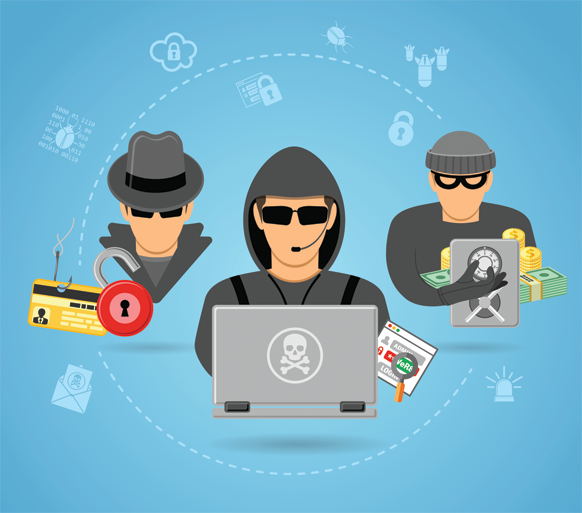 It pays to be a criminal

That said, UK Finance does point out that the finance industry stopped £2 in £3 of attempted unauthorised fraud.

APP scams accounted for almost two thirds of reported APP cases. In these scams the victim pays in advance for a product or service, such as a car, electronics or a holiday rental, which is never received or does not exist. It often takes place online, through auction websites or social media.

Katy Worobec, MD of economic crime at UK Finance, says: “Fraud and scams pose a major threat to our country. The criminals behind it target their victims indiscriminately and the proceeds go on to fund terrorism, people smuggling and drug trafficking, whether or not the individual is refunded. Every part of society must help to stamp out this menace, especially by stopping the data breaches which increasingly are fuelling fraud.”

Financial providers were able to return a total of £30.9 million of the losses in the first half of 2018.

Back in February, the UK’s Payment Systems Regulator (PSR) revealed its plans to bring in new protections for consumers concerning APP scams.

UK Finance explains that it began collating data on APP scams for the first time last year. In the first half of 2017 there were 19,370 cases of APP scams reported, with £101.2 million in losses. However, UK Finance says the data published is not directly comparable with the 2017 figures.

At the start of 2018, new industry guidelines were introduced which have “improved” the identification and reporting of APP scams. Four additional banks also began reporting the data to UK Finance this January.

In context, there was a total of over 4.2 billion bank transfers made in 2017.

It’s not all about APP scams. The unauthorised fraud data on payment cards, remote banking and cheques for January to June 2018 shows combined total losses decreased by 2% year-on-year to £358 million.

Cheque fraud losses fell 41% to £3.2 million. This is the lowest half-year total on record. £74.3 million of attempted unauthorised cheque fraud was prevented.

Yep, cheques are still being used in the UK. Wow.

There were 1,036,376 reported cases of unauthorised financial fraud, a rise of 10% compared to the year before.

The finance industry is tackling authorised and unauthorised fraud by means that are not remotely surprising.

These include the “Take Five to Stop Fraud” campaign, in collaboration with the Home Office, to increase consumers’ intelligence; working with consumer groups; and implementing new standards.

In addition, the industry is sponsoring a specialist police unit, the Dedicated Card and Payment Crime Unit, which tackles the organised criminal groups responsible for financial fraud and scams. In the first half of 2018, the unit prevented £25 million of fraud and carried out 84 arrests and interviews under caution.

Should have given the criminals a good beating. That’ll teach ‘em.