250 ATMs closed monthly in the UK 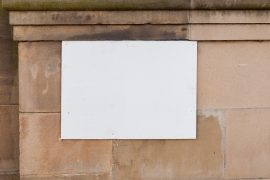 There was an ATM here once…

Link, the largest UK ATM network operator, says free-to-use cash machines are being removed at a record rate of over than 250 per month – over 1,300 ATMs shut down in the five months until the end of July.

Link says it represents the first decline in more than 20 years, most notably taking place in town and city centres where card payment options abound.

Link’s statistics shows 76 out of 2,365 protected free-to-use ATMs will disappear – those more than a kilometre from any other cash machine or place where cash can be accessed without charge. 21 of the 76 closures do not meet the criteria and are under investigation by the Payment Systems Regulator (PSR).

The statistics were released following a funding row in which Link cut the amount it receives from banks for withdrawals past July, leaving campaigners warning there was no incentive for banks to maintain services. A second reduction is planned for January 2019.

Some firms, like Which? Money, are calling for regulators to intervene.

The PSR says it has been seeking renewed commitments, but Nicky Morgan, who chairs the treasury committee of MPs, says this move may be too late.

Link chief executive, John Howells, says: “Consumers are continuing to switch from cash to alternative payment methods, and ATM volumes are falling 6% year-on-year. Given this backdrop, it’s critical we protect cash access for those who rely on it and maintain a comprehensive network of ATMs that’s spread right across the UK.

“The report today is part of our commitment to monitor the situation on the ground and do whatever it takes to ensure people continue to have the free access to cash they want,” he adds.