How Latin America’s fintech market could exceed $150bn by 2021 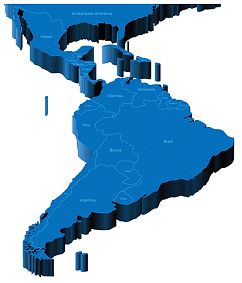 The rise and rise of LatAm fintech

While the growth and development of fintech is nothing new, the sheer extent of its potential in emerging markets is unequivocal. Recent regulatory and legislative reforms in Latin America are now opening up the market to foreign companies, creating enormous opportunity for those that can handle the complexities and risks of countries like Brazil.

Almost half of LatAm’s population remains unbanked, according to the World Bank. In Brazil, a country with 207 million people, 40% of the population is blacklisted from the traditional banking system and many of those with bank accounts have limited access to products and services. Furthermore, Brazil has eight million underserved micro and SMEs with an estimated credit gap of $237 billion, according to McKinsey. This massive structural demand for financial services is being met by fintechs uniquely positioned to deliver more competitive and convenient services via a smartphone.

According to FinTech Global, fintech investment in LatAm reached record levels last year with almost $600 million raised – a 20% uplift on 2016 and there’s a strong consensus that this activity will continue on an upward trend. LatAm fintechs are already breaking records in equity raises and NYSE’s biggest IPO since Snap earlier this year raised nearly $2.3 billion for Brazilian fintech PagSeguro, a payment processing company and the largest IPO of a Brazilian business since 2011.

The rise and rise of LatAm fintech

LatAm is fast becoming one of the most fertile grounds for fintech. Payments, lending, personal finance and insurance have been all been identified by Goldman Sachs as sectors particularly susceptible to disruption. Mexico and Brazil are leading the charge – with 238 and 230 fintech companies respectively, the Mexican and Brazilian fintech markets make up two thirds of the 700 fintech firms in LatAm identified by Inter-American Development Bank (IDB) and fintech start-up accelerator Finnovista in 2017.

Experts predict that fintechs could take up to 30% of the Mexican banking market in the next decade while the Brazilian fintech sector will generate potential revenues of $24 billion over the next ten years. Unsurprisingly, Goldman Sachs and Morgan Stanley have both recently invested in Brazil’s booming fintech sector in search of higher yields.

According to leading data provider Statista, this year Brazil and Mexico’s fintech markets by transaction value amounts to $50 billion and $36 billion, respectively. To put this into context, Statista’s forecast for the UK is $216 billion for this year indicating the massive headroom for growth for the relatively less mature LatAm market.

The rapid pace of growth can be attributed to a number of factors. In LatAm the high concentration in the banking system has resulted in an extremely uncompetitive banking sector that has failed to innovate. This is particularly prevalent in Brazil where the five major banks hold a 95% market share and where fees and interest rates are among the highest in the world. So far the largest banks have been reluctant to collaborate – although building accelerators and incubators, no one has yet delivered a transparent open banking API structure. 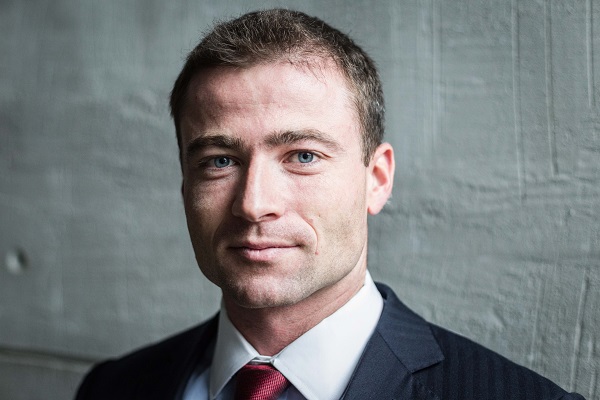 Realising the enormous potential of fintech to create a more inclusive financial system and to stimulate economic growth, governments across LatAm are undertaking a number of initiatives to support and promote fintech’s development.

Most recently, Brazil’s Central Bank released new rules for credit startups as a means of increasing competition and in a bid to reduce interest rates for end-customers. The regulation allows Brazilian fintechs to act as direct credit providers or lending platforms, without having to partner with a bank as an intermediary. The rules have also reduced the previously lengthy approval times for financial licences.

Meanwhile Mexico enacted a fintech law in March, the first of its kind in LatAm, seeking to promote financial stability and prevent money laundering. The legislation covers cryptocurrencies, crowdfunding and open banking while also introducing a regulatory sandbox under which fintechs can operate.

Eduardo Guraieb, CEO of the Mexican Fintech Association, expects to see an increase in investment from local and foreign investors as a result. Guaraieb also predicts other LatAm regions will follow Mexico’s lead in order to expand its fintech markets. Chile has since announced it will draw up its own fintech regulations and sandbox rules.

The new regulations mark a significant milestone for the fintech community. It’s also a vote of confidence from the LatAm governments looking to establish a best practice framework to guide the sector forward. Despite a significant degree of ongoing political and economic uncertainty in many LatAm countries, the continued support from the regulatory bodies is playing a key role in LatAm’s increasing appeal from foreign investors keen to get a slice of the action.

High technology penetration is also playing a considerable part in fueling the growth and uptake of fintech. While mass-market adoption of smartphones is a relatively recent phenomenon in LatAm, the region has one of the highest smartphone adoption rates globally and especially among younger generations.

Today, smartphones account for around 60% of the 690 million connections on LatAm’s mobile network and around three-quarters of mobile subscribers – almost 350 million people – use their device to access the internet (GSMA Intelligence, Q3 2017). Smartphone adoption is expected to grow to 70% by 2020 further highlighting the opportunity LatAm holds for fintechs.

In light of the region’s high smartphone penetration rates and its large unbanked population it’s no surprise that much fintech activity is concentrated on segments like payments, lending, personal finance and remittances. The remittances sector could see substantial growth in Mexico with the Mexico-US border one of the largest money transmission corridors worldwide.

With lack of trust online and fear of fraud common among Latinos, new up and coming segments such as identity, biometrics and blockchain are also gaining traction and will help to drive further uptake of fintech services. Indeed, many fintechs are implementing emerging technologies to reinforce their commitments to customers and to fight fraud.

Many LatAm governments are catching on and using biometrics to prevent fraud while the Brazilian banking sector have been early adopters, using the technology in their ATMs as a more reliable and safer means of authentication.

While fintech in LatAm is not without its challenges and there is still a great deal of work to be done for LatAm to achieve its fintech goals, it’s safe to say the market is well and truly flourishing. With a limited supply of credit, huge populations, uncompetitive financial services, stable banking and payments infrastructure and a friendly regulatory environment, we expect to see radical change over the coming years.