Don’t let me hear you say life’s taking you nowhere, angel. UK-based gold-as-currency enabler Glint is aiming for golden years with plans to raise £1.25 million via crowdfunding with Crowdcube. 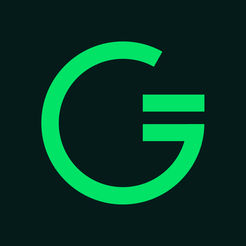 The start-up, which has introduced physical gold as money to spend as a currency via an account and mobile app, says this target exists within a much larger ambition.

The £1.25 million goal is part of a Series A funding to raise £15 million and seek expansion in the UK, US and Japan. Since inception, the firm has raised over £7.5 million in capital from private and institutional investors.

Jason Cozens, CEO and founder of Glint, says it has had a “successful launch in the UK and our fundraise will help develop our core partnerships, functionality and capability as we meet customers’ needs to buy and spend in gold in the UK, and as we roll-out across the world”.

In the UK, one of its distribution deals includes Bud, a plug and play financial services platform, distributed by banks, that connects multiple financial products together in one place.

In the US, it will be launching its account and app based capability in the country in Q3.

On a more general note, the firm says it has exceeded its beta target of 15,000 registered customers with a Glint card.

Customers can now hold Euros and US dollars, along with gold and sterling in multi-currency wallets, through a single account, which can be spent through the Mastercard network using the Glint card.

While the firm doesn’t go into any specifics on its plans in Japan, its key investors include NEC Capital Solutions, through its venture fund co-operated with Venture Labo Investment, and the Tokyo Commodity Exchange (TOCOM).